When I initially saw the challenge for today, to make food inspired by an emoji, I was certain I’d be stumped for an idea. However, inspiration hit fairly quickly. I decided to go for a heart shaped chocolate cake, based of course on the heart emoji. To make it a red heart, I topped the cake with raspberries. 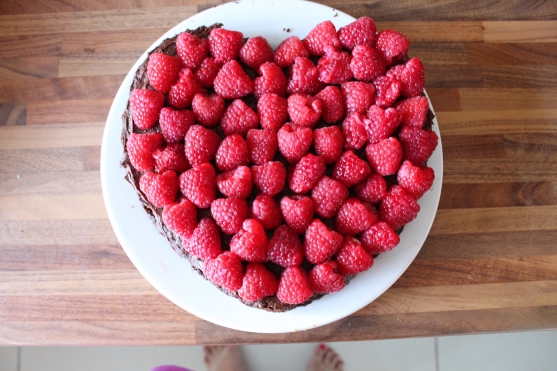 The recipe for cake came from the wonderful Dreena Burton. Her cookbooks and website have been such an inspiration for me as cook. Not least because she creates great family friendly vegan food. The cake uses spelt flour and sweet potatoes. Two unlikely ingredients but they produce a rich, moist sponge which is just what you want in a chocolate cake. Not only that, if you’re following a more whole foods, plant based vegan diet, this cake and the frosting are both oil free. It does contain sugar but uses unrefined coconut sugar and maple syrup. You can find the recipe for both cake and frosting at: 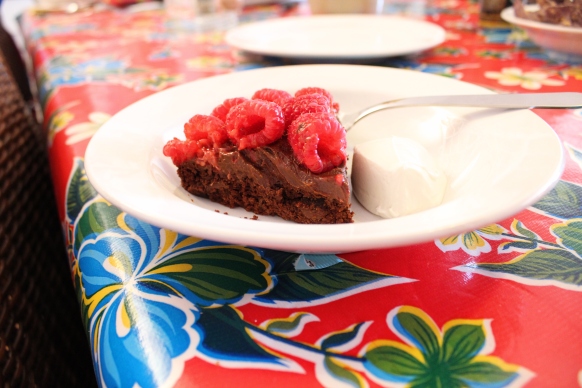 I was a bit worried at first as the tin was on the large size for the amount of cake mixture. This meant the cake had less depth than anticipated. But once the frosting and raspberries went on, it really didn’t matter too much. I kept a very close eye on the cooking time and reduced it slightly to compensate for the thinner sponge. I made the cake when we had friends over, served with vegan ice cream and vegan creme fraiche and it was a big hit!

View all posts by veganhaha